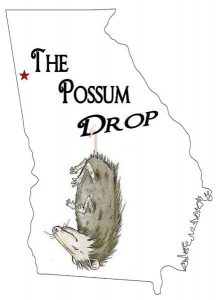 For many of us, this season is all about tradition. Tradition may look like hanging up lights around the house or simply a group of loved ones gathering for a celebration. For Tallapoosa, Georgia, tradition looks like a taxidermied opossum.

In the past, nearly three decades now, folks from all over have gathered in the small town of Tallapoosa to celebrate the New Year. Across the world, most people look forward to seeing an illuminated ball or a giant peach drop from the sky as the clock strikes midnight. However, the streets of this small Georgia town cheer for a taxidermied opossum in a cage.

The opossum in question, Spencer, was found on the road by a taxidermist, Bud Jones, in the ’90s, and became a legend a few years after.

Spencer was named after Ralph L. Spencer, a businessman credited with a massive boom in Tallapoosa in the late 19th century. Tallapoosa was once known as “Possum Snout”, so town organizers reached out to Bud in an effort to have Spencer become a sort of “Tallapoosa mascot”. Naturally, they decided to plop him in a cage strung with Holiday lights and turn him into a New Year’s ornament that is to be dropped at midnight. 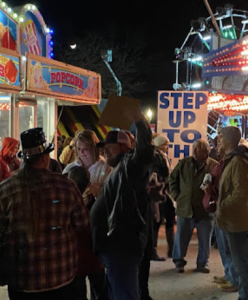 As strange as it may be, the event was a success, and with a population of just over 3000, Tallapoosa’s Possum drop has reached a peak attendance of more than 7000 people. The event features live music, a family-friendly fair, and entertainment for all, but the Possum Drop, in its bizarre glory, seems to be more than just a celebration of the new year.

For more information on the Possum Drop, visit www.thepossumdrop.com, and be sure to tune in to their Livestream on Facebook on December 31st.